In this blog post, I want to point to some common symptoms of circadian disruption. The role of circadian rhythms in sleep is subtle, and many times issues that are attributed to other sources really have circadian factors as the root cause.

To understand the interaction between sleep and circadian rhythms we need to discuss the two primary drivers of sleep: the homeostatic sleep drive and the circadian drive to sleep.

Let’s imagine what would happen if this were the only component driving sleep. Then people would operate a bit like my iPhone: Active as long as your battery lasts, then asleep/recharging as long as it takes to get back to full battery… or at least until you get yanked off the charger.

If I wanted to adjust the “sleep schedule” of my iPhone I could just adjust the time that I pull it off the charger. I could also use it more (burn up the battery, turn the screen to full brightness) if I wanted to make it “go to sleep” sooner. This probably doesn’t match your experience with sleep. Being more active during the day doesn’t ensure that you will go to sleep earlier (although it can help). And staying up an hour later doesn’t necessarily mean that you’ll wake up an hour later the next morning. From experience, you’ve probably already learned that sleep duration isn’t just a function of how tired you were when you fell asleep.

This is because the homeostatic sleep drive is one of the two processes which control our natural sleep cycles. An iPhone has no issues with jet lag, shift work or sleeping on Sundays! That’s because it doesn’t have…

The more subtle process which controls our sleep cycle is the circadian clock, also called “Process C”. Circadian rhythms in humans act to help us sleep in a single block at night by modulating the sleep drive according to the body’s internal clock time. Much more about this process below.

So what are signs that your sleep issues are being driven by your circadian clock?

One of the most common sleep disturbances is waking in the middle of the night and not being able to get back to sleep. Very often circadian rhythms play a role in this annoying occurrence. 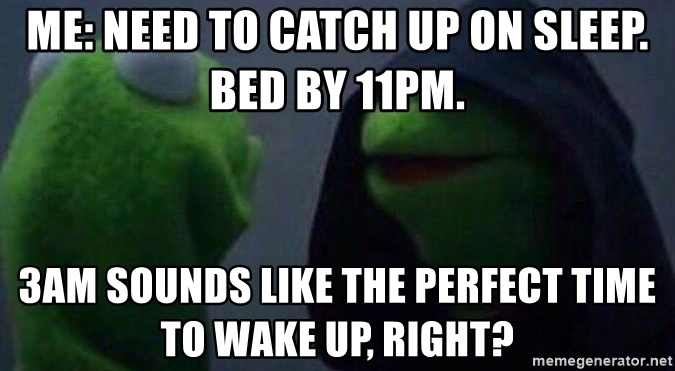 Well, as the night progresses, the circadian process begins to take over the job of promoting sleep. This maintains an overall drive for sleep throughout the night. Finally, around dawn, the circadian drive to sleep drops enough for you to wake up. The handoff in the middle of the night between the homeostatic sleep drive and the circadian sleep drive is what allows for one, contiguous block of sleep.

If your circadian rhythms are out of whack, this handoff can be fumbled, leading to the annoying episodes of waking in the middle of the night and not being able to get back to sleep.

Another very common sleep disturbance is “social jetlag”. This is caused by the likely familiar practice of staying up later on Friday and Saturday night and sleeping in the next mornings. This move to later light exposures tells our circadian clock to shift later, so it creates the same effect as jet lag without you ever leaving the couch. 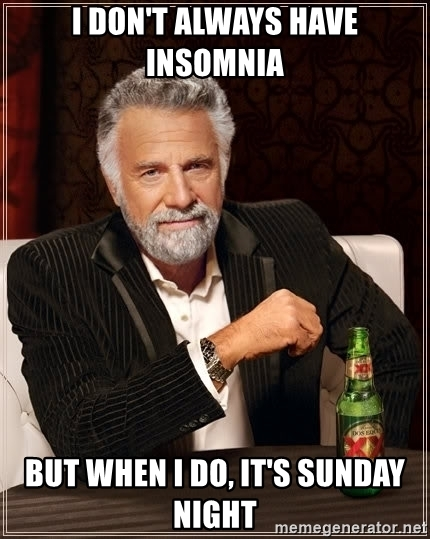 If you stay up three hours later on Friday and Saturday and sleep in a commensurate amount, you have effectively traveled from New York to Los Angeles for the weekend– a three hour shift west. The pain comes when you need to perform the reverse trip to get back on your workweek schedule. When you try to go to sleep at 10pm on Sunday night then, as far as your body is concerned, it’s  7pm. Worse yet: this will often move the Sunday bedtime into the dreaded wake maintenance zone, discussed next.

This is caused by the so-called “wake-maintenance zone”: in the hours leading up to bedtime, there’s a period of time where it’s hard to fall asleep. From an evolutionary perspective, this wake maintenance zone, which would occur as the sun was setting, could have existed to ensure we’d be awake and active while we still had some light to make our way to a shelter (or into a tree) before nightfall. In modern life, bedtime is rarely sunset, and this wake maintenance zone can fall in the 9pm-11pm range.

In conclusion: Your inability to move your bedtime up by a few hours may not have anything to do with mindfulness and have everything to do with how much sunlight you got the previous morning.

This typically happens when the societal constraints that are keeping the circadian clock tethered to the sun are removed. Often,  someone on a spring break (and without any reason to set an alarm), will find that their schedule starts to  drift later and later each night.

This phenomenon can originate from a feedback loop between behavior and the circadian rhythm. Staying up later one night will delay the circadian clock through light exposure, which will tend to move bedtime the next day later. This is compounded if you sleep in later, as you are missing the morning light which can counteract the extra evening light the night before.

This cycle keeps repeating, slowly driving the bedtime later (for me, this was something like 30 minutes each night). This progression can be curtailed by hitting the circadian wall where the circadian drive to sleep is maximal. This drive, combined with the homeostatic sleep drive which has been building up all day and night, can induce you to finally fall asleep. That doesn’t always happen, though: delay yourself enough, and you might find yourself cycling all the way back to a day schedule.

Finally, one example where you may have experienced the benefits of having healthy circadian rhythms. Many people find that they sleep better when they are camping. This is especially surprising, since this typically means leaving comfy mattresses and other sleep aids behind. Personally, I can fall asleep easily much earlier in the night when I am camping, and– even if I wake several times during the night to roll over– I wake near sunrise feeling much more refreshed than normal.

A big part of this effect can be traced to the therapeutic effects that camping has on circadian rhythms. These results come from one of my favorite circadian rhythms papers which will be the subject of a future blog post: Stay tuned.